In September, the studio was brought on to design a new site for Chuck Fry.

After twelve years working at Harvest Films in Los Angeles, California, he “was drawn by a sense of authentic community in the Midwest” and moved to Indiana to focus his storytelling work on short art films.

In the time since, Chuck has brought a myriad of South Bend’s stories to the surface. The stories of Bike Man, a resident of South Bend’s West Side who is building community through bike repair, Greater Impact Lawn Care, a small business providing job opportunities to students by mowing our city’s vacant and abandoned properties, the West Side Memorial Day Parade, and The Birdsell Project, to name a few. His films affirm their subject’s purpose and place in our community while simultaneously developing a city-wide sense that we’re daily surrounded by complex and transcendent stories.

We don’t want to imagine a South Bend without Chuck.

Our goal was to design a clean site that Chuck could easily update with new work. It is now live at chuckfry.com. Here is a sample of our work: 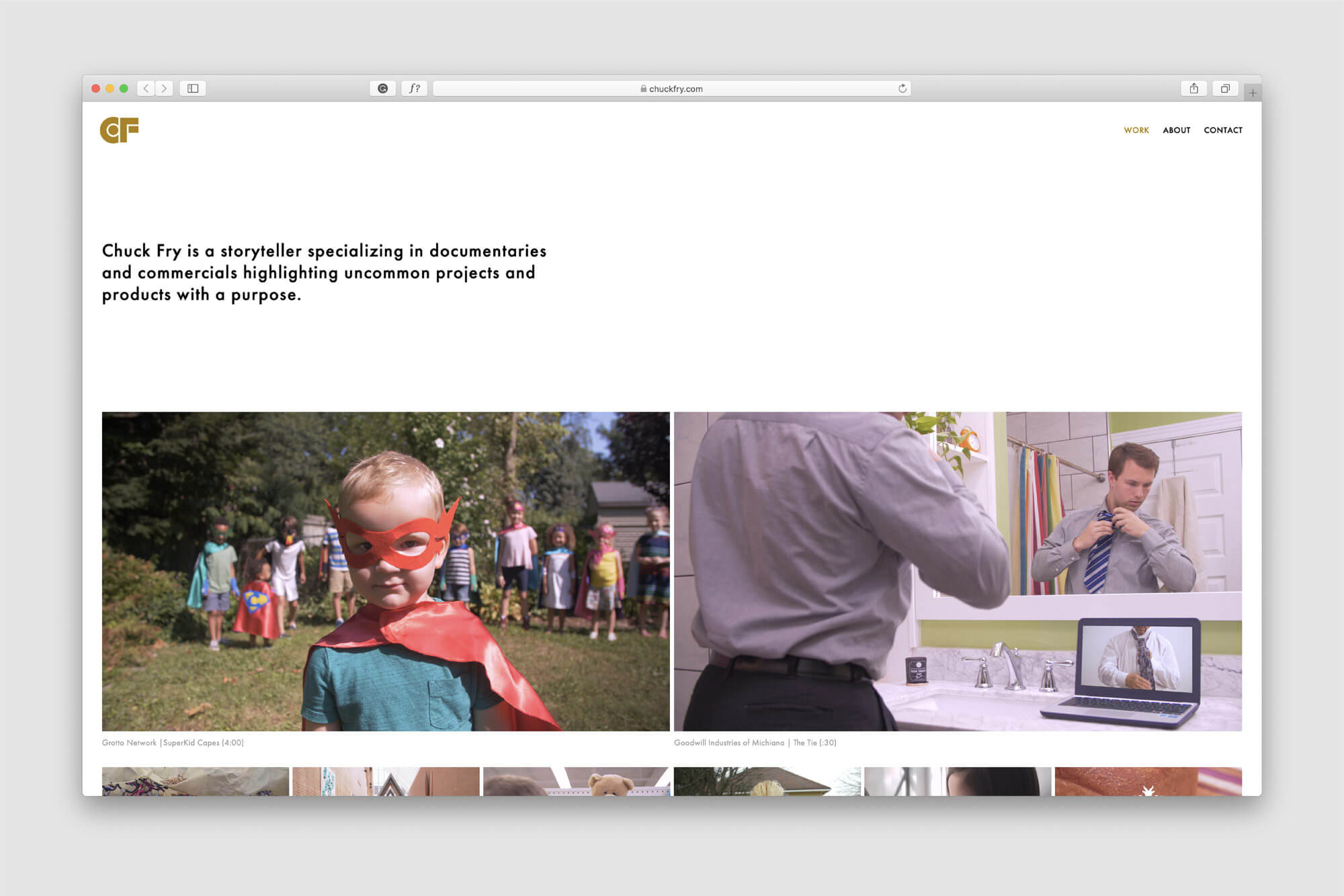 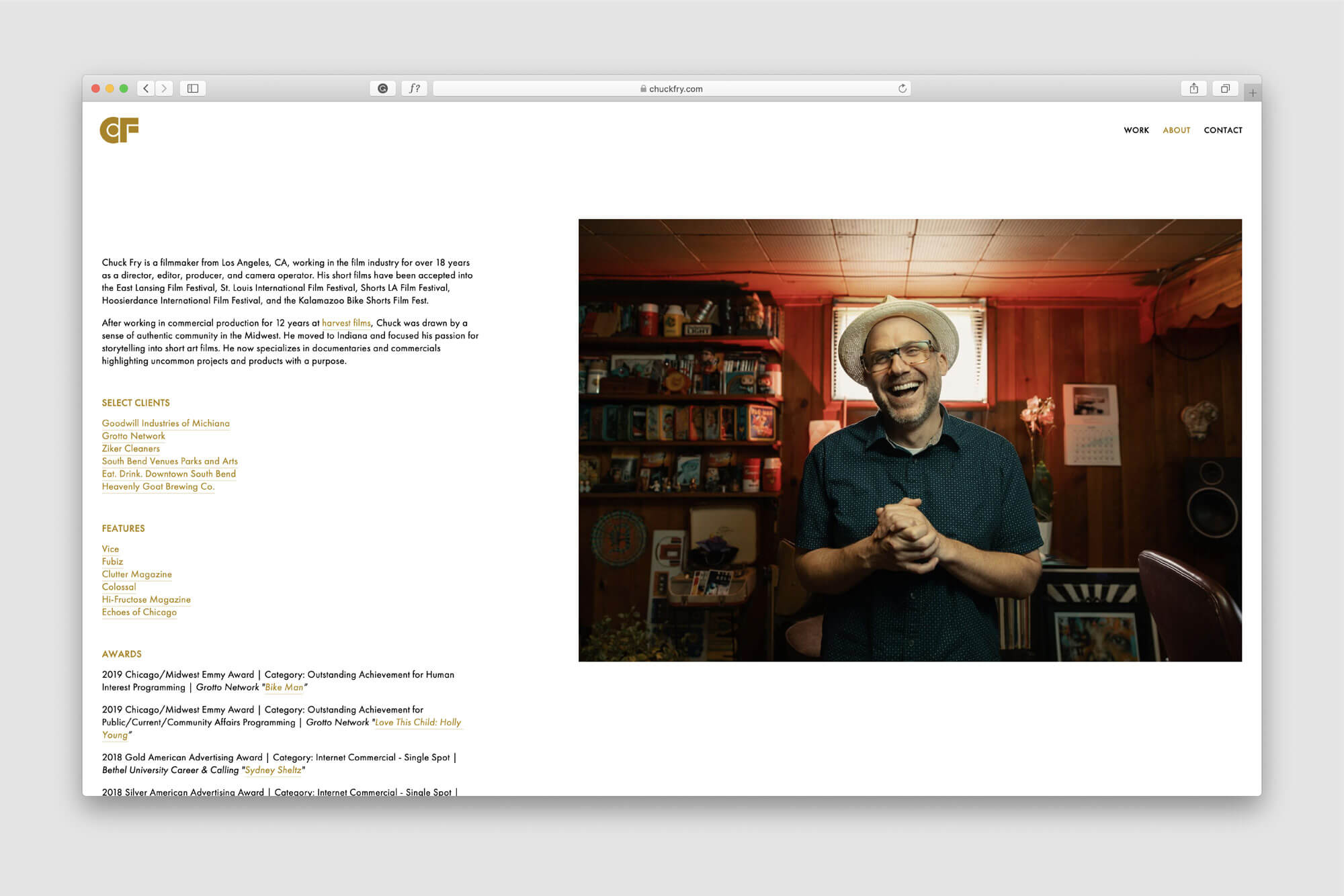