Late last year, the studio was brought on to determine the name and design the identity of South Bend, Vote Yes.

South Bend, Vote Yes was the campaign to pass a tax referendum for the South Bend Community School Corporation. As a result of state-mandated “circuit breaker” property tax caps, the corporation was set to lose $13 million in revenue this coming year, on top of a projected $3.5 million due to declining student enrollment. The campaign asked voters to support, by way of two public questions on this month’s primary ballot, tax increases that would raise $20.8 million each of the next eight years for operating expenses, and $54 million for capital improvements.

The people of South Bend voted yes. Allie Kirkman announced the news on June 4th in the South Bend Tribune:

“I can’t believe it,” said School Board President John Anella, as he celebrated the victory with his daughter Wednesday. “I knew we had a lead but — it’s the people’s victory. They came out, voted and showed they care about our community and kids during a very dark time. It shows that we have a bright future ahead of us.”

In addition to the name and identity, we built the campaign website and produced several videos for social media. Here is a sample of our work: 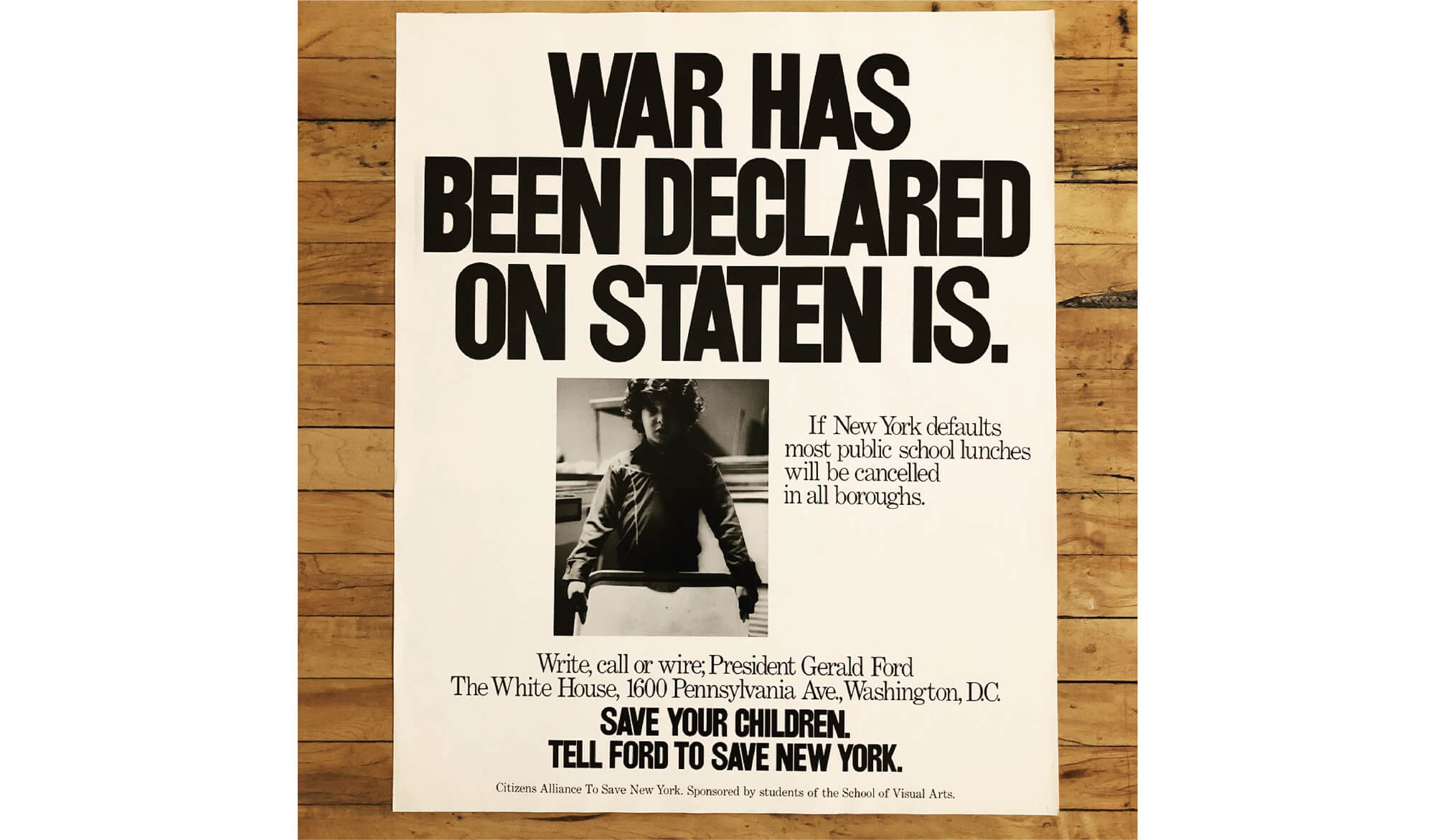 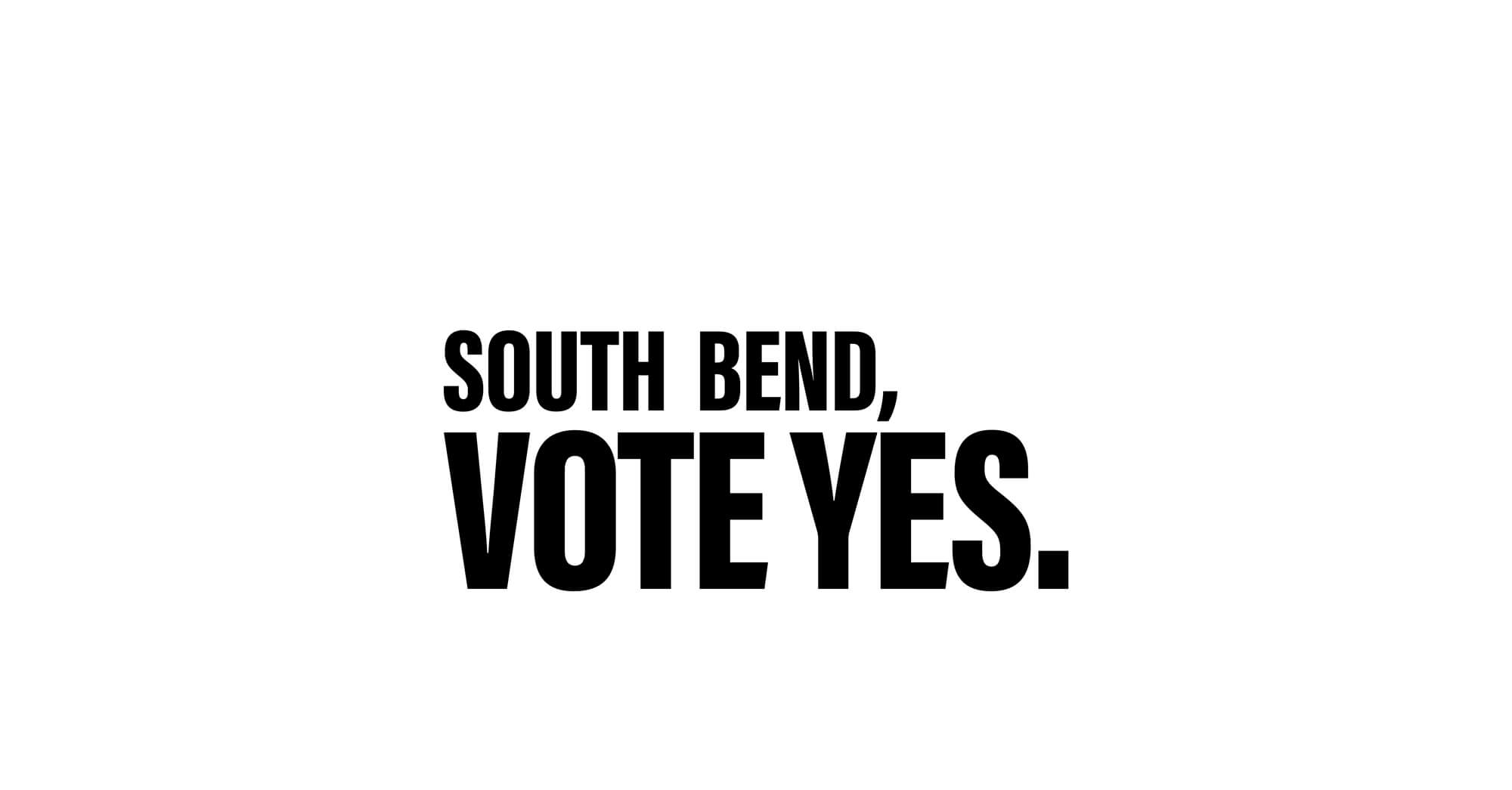 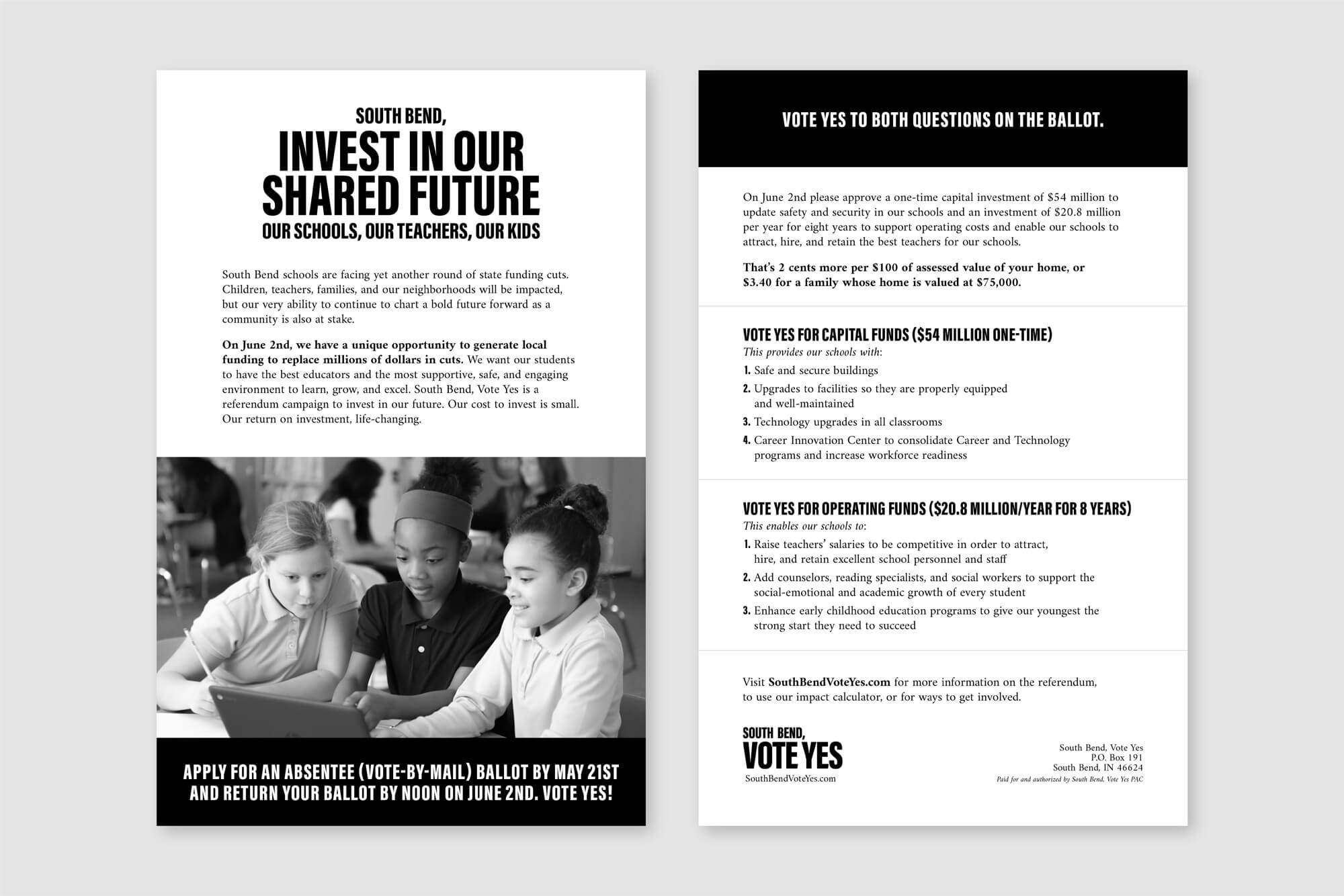 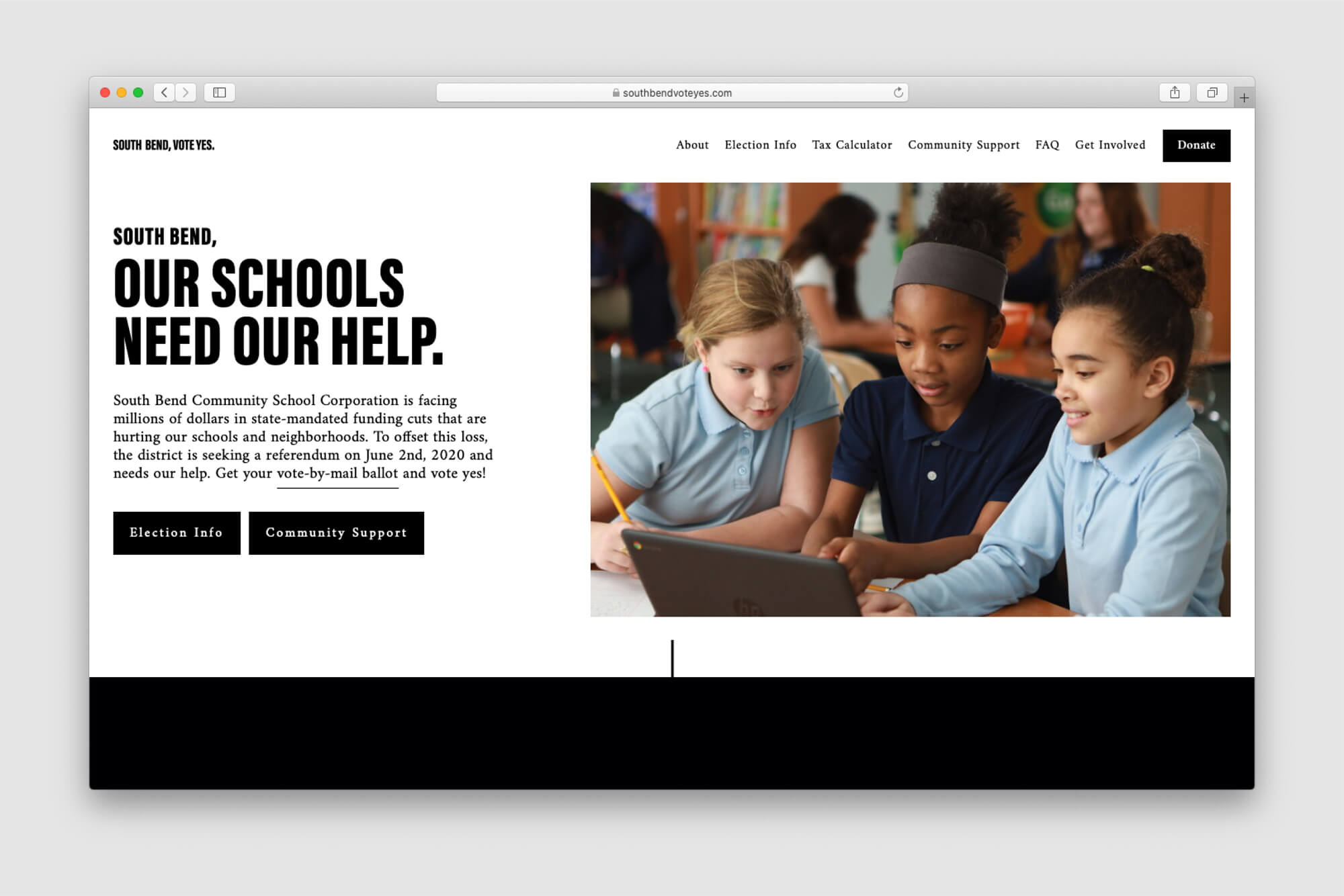 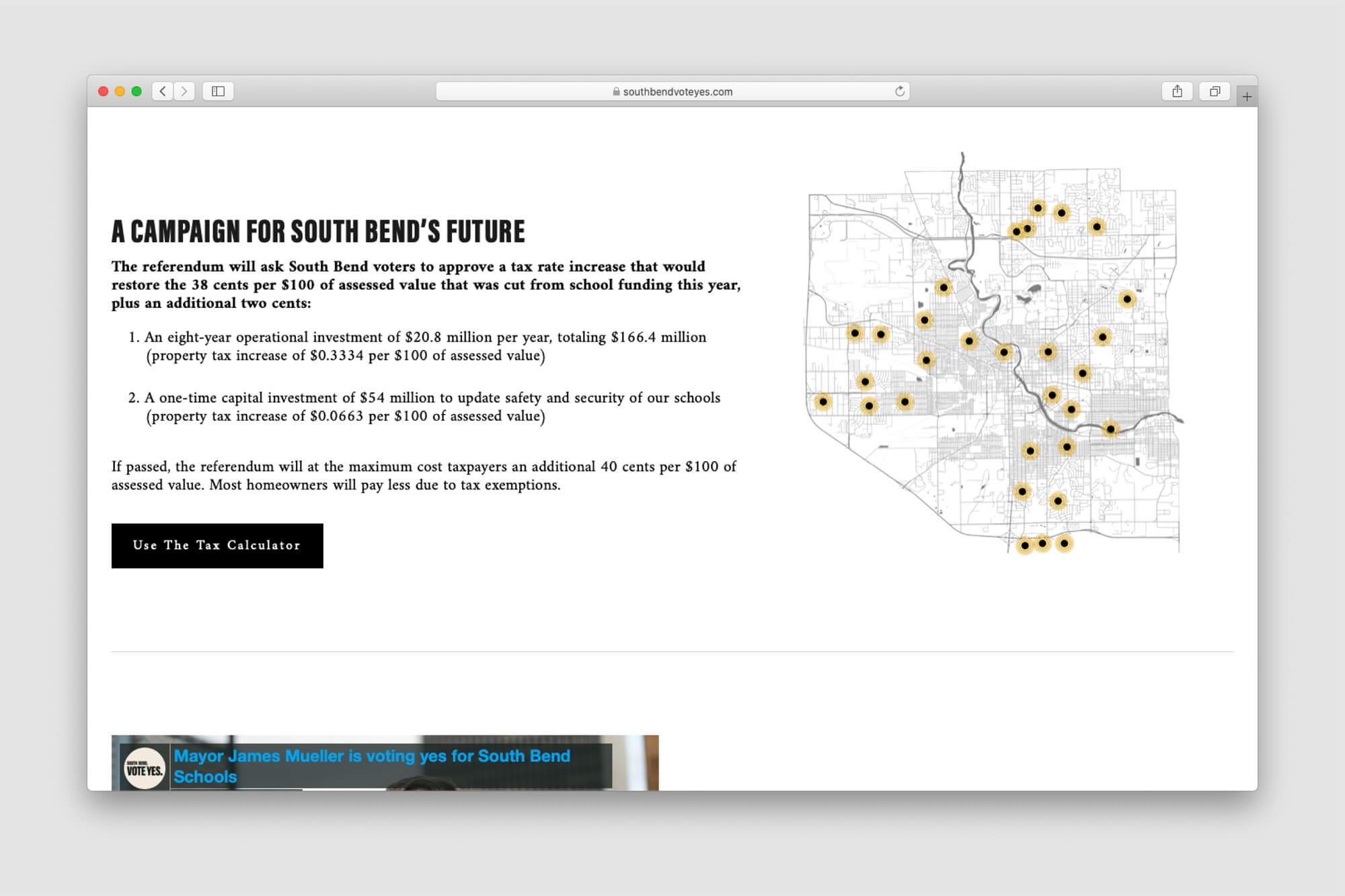 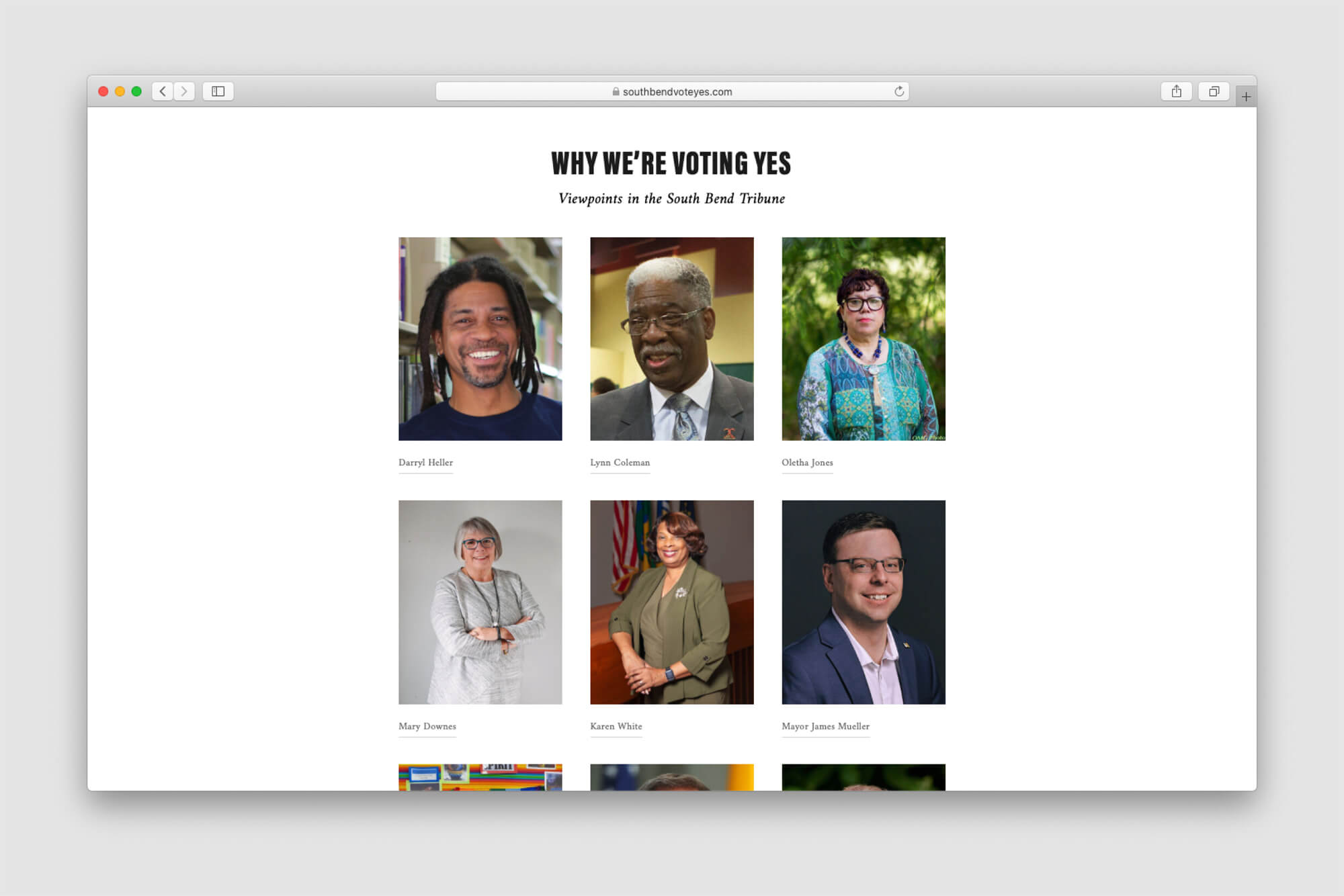